Stories of kids we help

Anna's Story
​Our daughter, Anna, was diagnosed with childhood Glaucoma in both of her eyes when she was one and a half years old.  By age five Anna had already undergone four surgeries for her glaucoma.  We sought a second opinion from Dr. Freedman at Duke and were given an appointment within days.  Click to read more. 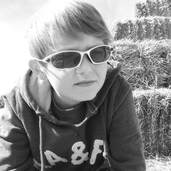 Cole's Story
Cole was diagnosed with glaucoma when he was nine months old. From the moment Cole was born his eyes looked different. His irises were larger than any we’d ever seen. He was also VERY sensitive to sunlight. Click to read more. 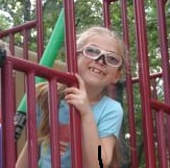 Callie's Story
Callie nearly lost all her eyesight when she had a double retinal detachment after her kindergarten year.  Her genetic condition (Stickler's Syndrome) caused some complications during her retinal surgeries that led to her developing a severe case of glaucoma. Click to read more
Jordan's Story
My daughter has had glaucoma, along with many other eye abnormalities, since birth. She is now 10. We received an iCare last year, but before that we were constantly having to drive 3 hours away to Duke to see Dr. Freedman. Most eye doctors around us were unable to check my daughter's pressure because she has micro ophthalmia (small eye and pupil).  Click to read more
Luke's Story
It is such a blessing that we were giving the opportunity to receive an iCare from the Lending Library after Luke had surgery in November.  Having an iCare at home to measure his daily pressures saved his vision.
Luke had Baerveldt Valve implant surgery in November. Click to read more 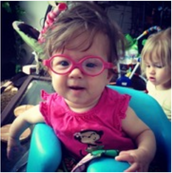 Madelynn's Story
​Madelynn was diagnosed with congenital glaucoma when she was 1 week old. We had a referral to a pediatric ophthalmologist who didn’t have the tools that we now know are necessary to measure pressure in children with glaucoma. He pried her eyes open with a speculum and pressed a metal medieval-looking tonometer device into her eyes while she squirmed and screamed! It was a terrible end to a terrifying day. Click to read more
Quinn's Story
We've had the Icare from the Duke Icare Lending Library for a while and it's been great to be able to track my 5-year-old's pressures at home. But I only really understood what a blessing the Lending Library has been for us when my son's pressures spiked and were all over the place after a recent eye surgery. Click to read more

Wesley's Story
Wesley was born in May 2020. When the nurses and doctors were conducting  his screening immediately after birth, they noticed something wasn’t typical with Wesley’s eyes. Both his eyes were clouded over to the point of not being able to see the iris and pupil, they looked much larger than typical, and he was extremely sensitive to light. Click to read more
​